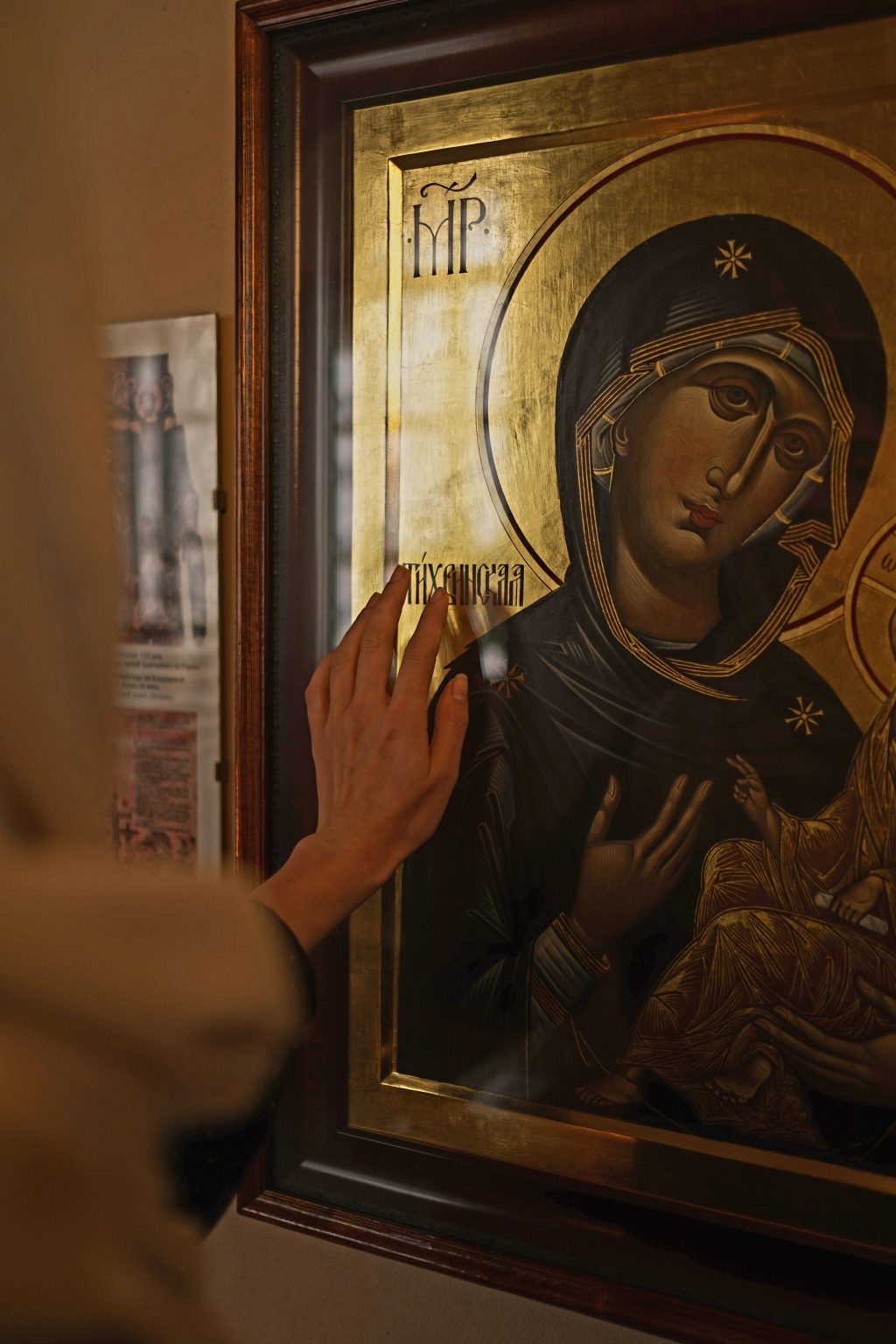 Nea Iraklitsa Is Preparing To Be Overwhelmed By Religious Devotion

Thousands of believers are preparing to come again this year to Nea Iraklitsa in the Municipality of Pangaio, paying due respect to the holy face of the Virgin Mary, on the Nine Days of the Virgin Mary on Tuesday, August 23, 2022, where moments of religious devotion and reverence are revived every year.

The love and respect of the residents of the Municipality of Pangaios is clearly seen from the traditions they carried with them from their unforgettable homelands, as well as with one of the first temples they built, the small chapel at the entrance of Nea Peramos.

The tradition, the testimonies and the Scriptures, that have been transferred unchanged to the present day, tell the story of the port of Nea Peramos, which was used in 1919 for the embarkation of the Greek expeditionary force, bound for the shores of Asia Minor. One of the last nights before departure a soldier dreamed of the image of the Virgin Mary at the place, where they were encamped. The dream was taken as a divine sign, and the next day they dug and found a small oval-shaped image, representing the Virgin Mary.

The testimonies and traditions of the refugees

The refugees,who in 1922 came from the old Peramos to Kavala to settle and create a new homeland, built a small chapel, so that there they could keep the icon of the Virgin Mary. In 1945, a larger chapel was built in the same place with money from local residents. Unfortunately, the oval icon of the Virgin Mary was stolen in 1977, along with offerings and has not been seen since.

The refugees, after they settled in Nea Peramos, connected the oval icon of Panagia with their own icon of Panagia Faneromeni, which they could not bring with them. Thus, they decided to honor the church they erected at the entrance of Nea Peramos on the day of the Assumption of the Virgin Mary.

In 1938, the late priest Demosthenes Theodoridis painted a faithful copy of Panagia Faneromeni, of smaller dimensions, but for the residents of Nea Peramos it has a special synesthetic and religious value. Every year, on the eve of the feast of the Dormition, with a litany, the icon is taken for pilgrimage from the church of Agios Nikolaos, where it is kept in the church at the entrance of Nea Peramos.

One of the icons painted by the Evangelist Luke

Impressive and miraculous is the history of the icon of Panagia Faneromeni of Nea Iraklitsa. Tradition has it that three nuns, Agni, Tatiani and Paisia, settled in a ruined tower in old Iraklitsa in 1700, a tower that the residents of the area considered haunted, because noises were heard at night and apparitions of women appeared.

The fear and worry of the three nuns gave way to awe and admiration, when as they dug into a wall of the tower they found that there was a small crypt and inside, behind a candle, an image of the Virgin. For Panagia Faneromeni or Panagia tis Kryptis, tradition, the Scriptures, as well as documented historical evidence show it to have been painted by the hands of the Evangelist Luke, while many miracles of the icon have been recorded to this day.

In honor of Panagia Faneromeni, the ruined tower was turned into a chapel. In 1922, the icon, together with all the relics of historical value, were transferred to the Monastery of Iberon, in order to be protected from the atrocities of the Ottomans.

In 1932, with the benevolent initiative of the monks, the holy icon was transferred from the Monastery of Iberon to the port of Nea Iraklitsa. Then, a crowd of people with deep emotion welcomed Panagia Faneromeni to her new homeland. The icon was placed in the holy church of Agios Georgios and according to tradition it is celebrated on August 23, i.e. nine days after the Assumption of the Virgin Mary.