The statue of the unknown farmer marks the place in Thessaly, central Greece, when more than a century ago poor farmers started a revolt against the powerful landed gentry and demanded the redistribution of land.

March 6 is the anniversary of the 1910 peasants’ uprising at the small town of Kileler in the prefecture of Larissa.

The anniversary is still celebrated by Greek farmers as a turning point in their struggle against the extended privileges of landowners and the limitation of their own rights. 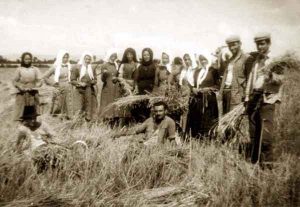 The protest was brutally suppressed by the local militia; more than four protesters were killed and many were wounded. However, it marked the beginning of the end for the chiflik system, introduced by the Ottomans.

The chiflik owners held a semi-feudal status, received a part of the agricultural output and they were obliged to provide housing for their farmers.

As the living and working conditions of the farmers worsened, protests became more frequent especially after the assassination of figures like activist Marinos Antypas.

In March 1910 the farmers organized a mass protest in Larissa and villagers from many areas of the prefecture traveled to the city.

The Kileler incident began when several hundred farmers tried to travel by train to Larissa without buying tickets. 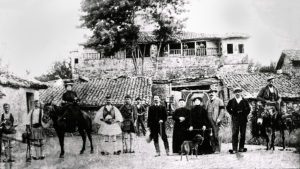 When their request was rejected the farmers backed down but a confrontation occurred between them and the station supervisor, who asked for the intervention of the local militia that attacked, killing two farmers and wounding many others.

When the train reached the station of Tsoular (modern Melia) it did not stop to pick up farmers, of whom two were shot dead by the militia located inside the train.

As news of the killings spread in Larissa clashes between the militia and the protesters became moer frequent.

Efforts for land reform were interrupted by the Balkan Wars and the First World War. In 1917, however, a new law was introduced implementing land redistribution.

Travel Guide Kavala: A Northern Greek Gem Of A City

Kavala Student, 16, To Participate In Microsoft Championship In Florida