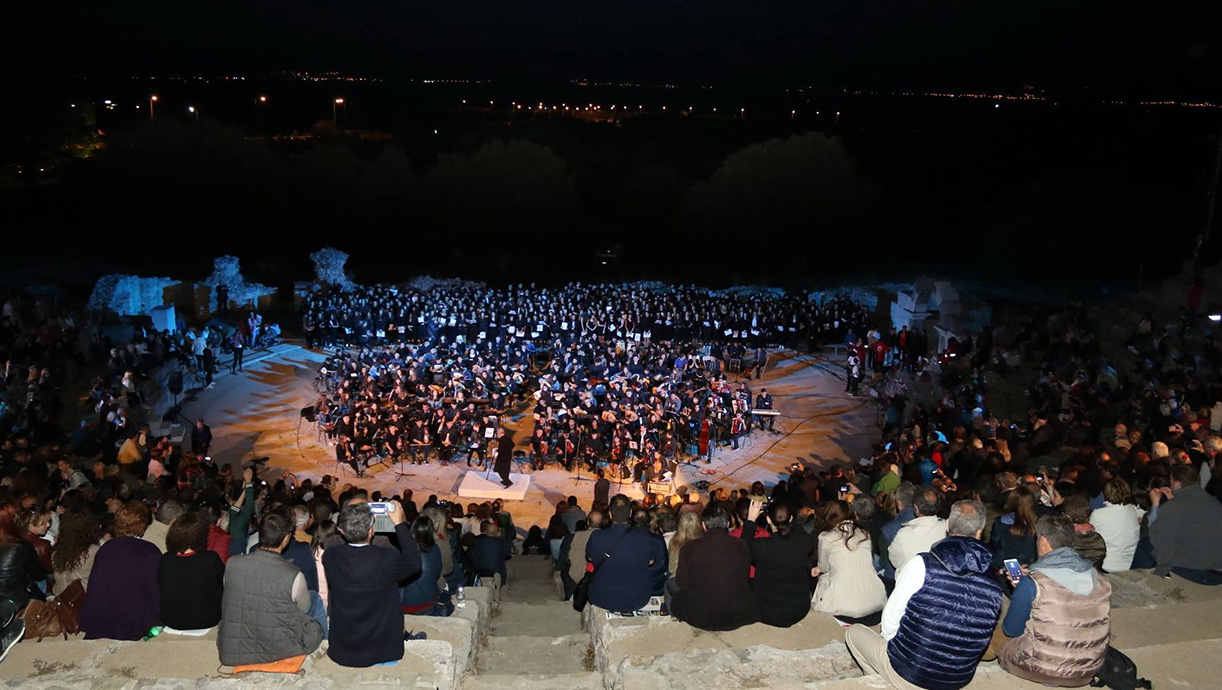 An unprecedented incident occurred at a festival in Kavala. An elderly woman from the audience approached the maestro of the Philharmonic Orchestra of Krinides and spat at him for playing Bach and not the works of Greek composers.

According to our sources, the woman in her 70’s approached the maestro in the intervals between two pieces. The Orchestra had just finished playing a piece from Johann Sebastian Bach.

The woman asked the maestro why he plays music by German composers and not by Greeks. Her reaction was not just verbal. She spat at him and left the theater under the strong reactions of the audience sitting in the front rows.

The maestro, who was also the event organizer, stressed that music is international and does not belong to any particular nation.

The incident took place on July 1st at the Ancient Theater of Philippi during the event “Following the traces of Apostle Paul.”

After the incident the event continued as planned… until another outburst of nationalism occurred. This time it was a man from the audience who protested that the presenter referred to Krinides (Platanoleykes) with its Turkish name, that is Kavakia.

In intense tone, he referred to a “new Macedonian party” in the making and received the displeasure of the spectators sitting next to him.

These two incidents did not manage to ruin the wonderful event. But they have added concerns to Democrats who see nationalistic hysteria on the rise, albeit cumbersome, the “’sacred’ space of civilization, the Ancient Theater of Philippi,” local radio Sto Kokkino FM notes.

The “Macedonia” name issue and the agreement between Greece and FYROM has led to a spike of nationalistic sentiment.