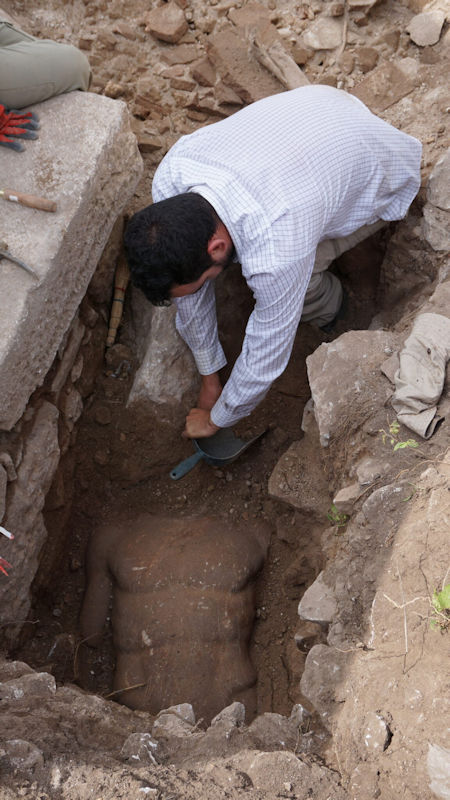 An excavation team from the Aristotle University of Thessaloniki (AuTH) made a stunning discovery in Philippi, a major Greek city northwest of the nearby island of Thasos.

According to a press release issued by the Greek Ministry of Culture and Sports, excavation continued this year on the eastern side of one of the city’s main streets, which at this point meets another main axis that passes further north. The intersection of the two streets is marked by a widening (a square) dominated by a lavishly decorated building, most likely a fountain.

The structure had a unique architectural decoration, fragments of which were discovered. Its decoration was completed by an impressive Roman statue (2nd century AD). The statue, which is larger than life, depicts Hercules in his youth.

The club, which has been discovered in fragments, and the lion hanging from the mythological hero’s outstretched left hand attest to his identity. The earl wears a wreath of vine leaves on his crest, which is held at the back by a band whose ends end at the shoulders.

We know from sources and archaeological data that statues from the classical and Roman periods adorned buildings and public spaces in Constantinople until the late Byzantine period.

This find demonstrates how public spaces were decorated in important Byzantine Empire cities such as Philippi.

The excavation will continue the following year.